One of the things I really wanted to do in Tokyo was see the Legendary Tsukiji fish market and eat Sushi for breakfast. I’d been told to really get a sense of the place you had to go early in the morning but as luck would have it, I was quite indisposed the day after my trip to the Meiji. So I awoke around 8 AM and headed to the train station. 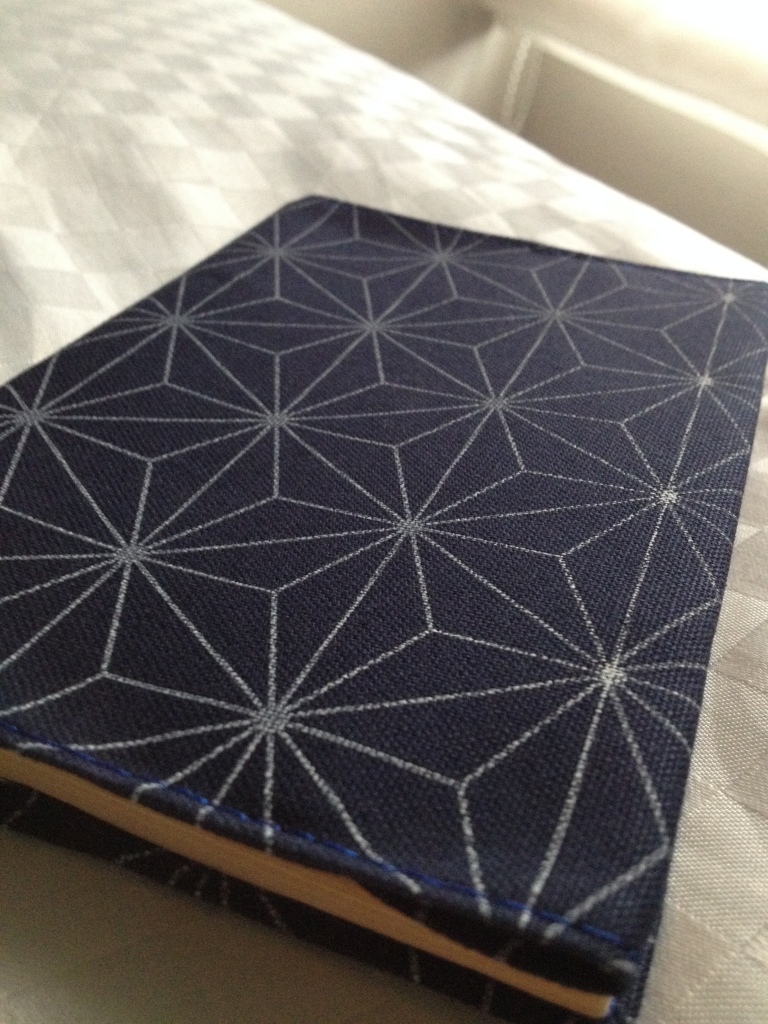 Oh yes~ I forgot to mention. I make notebooks, and I’d made one for the Japan trip, ( Thinking about it I want to make another) and I found the a traditionally dyed, paperback book cover that fit perfectly. It is from this notebook that I am pulling back quite a few of my notes. 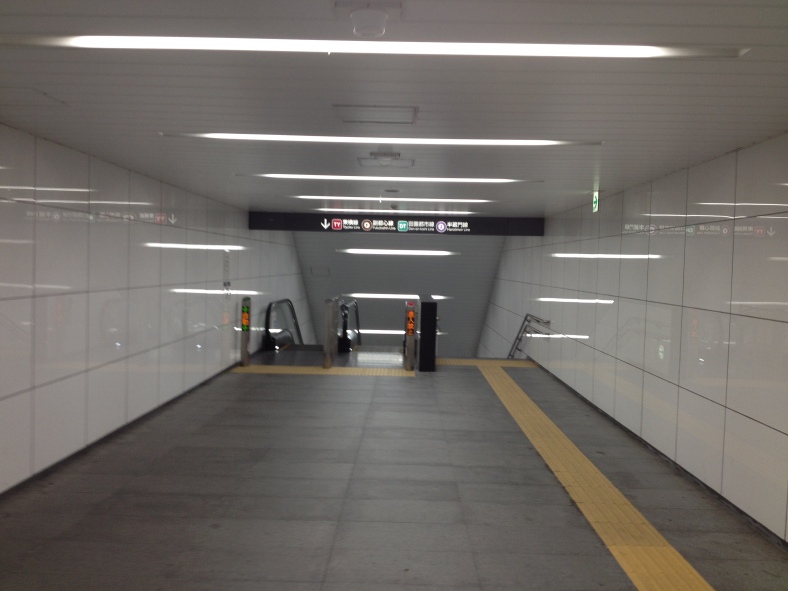 worried that I wouldn’t be able to find my way, around especially since google maps would have used data. Luckily, I was able to mosquito off enough free  WiFi to find my way around. 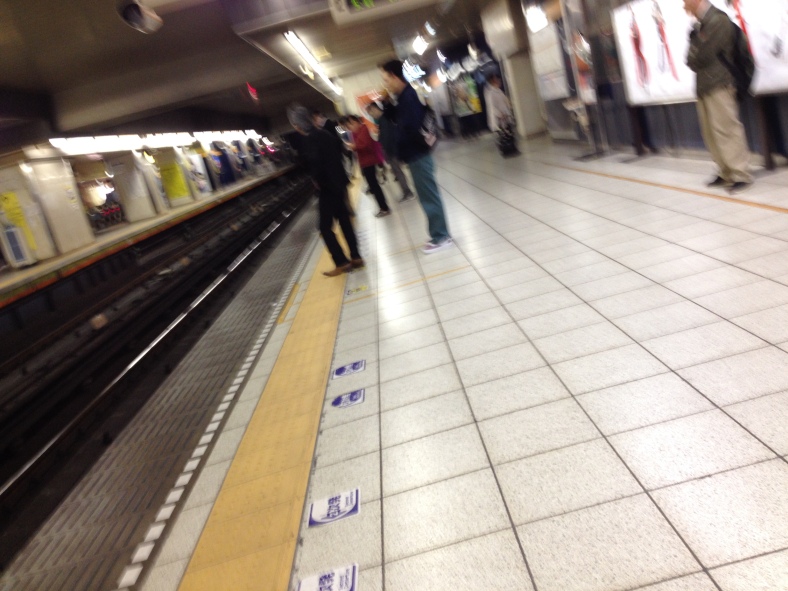 Excuse the poor quality, this was my first tentative shot of a subway station. 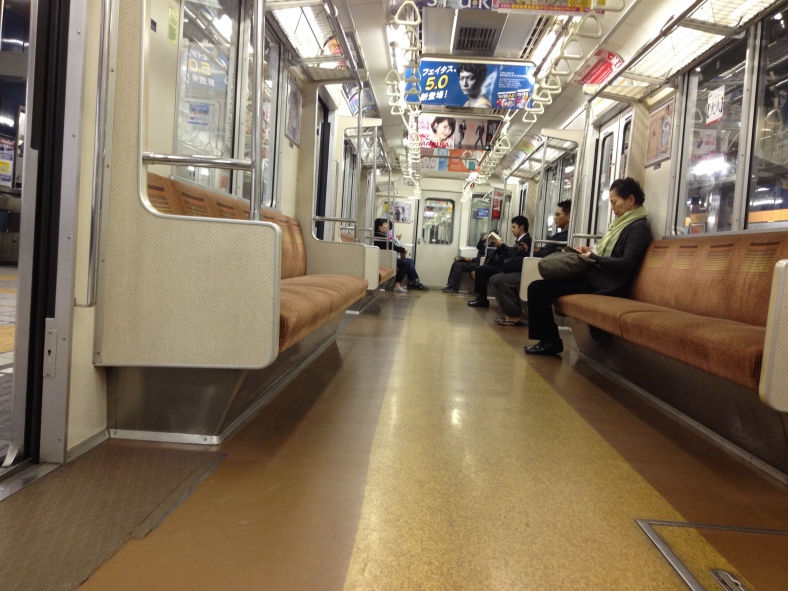 My jetlagged brain seemed to be intent on missing rush hour. (not that I minded). So about 90% of the subway cars I rode in were mostly empty, quiet, and clean. 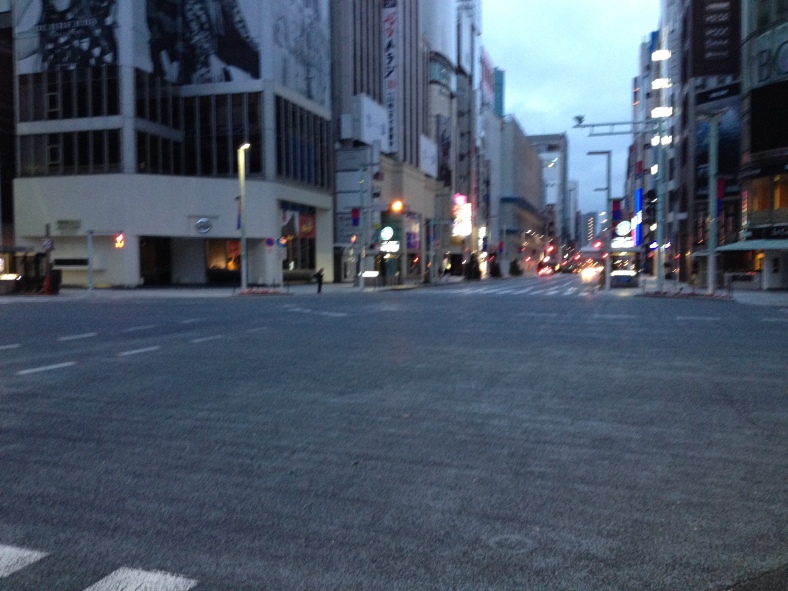 The streets near the fish market were empty, and silent save the pass of the occasional car whizzing by or the caw of a crow. 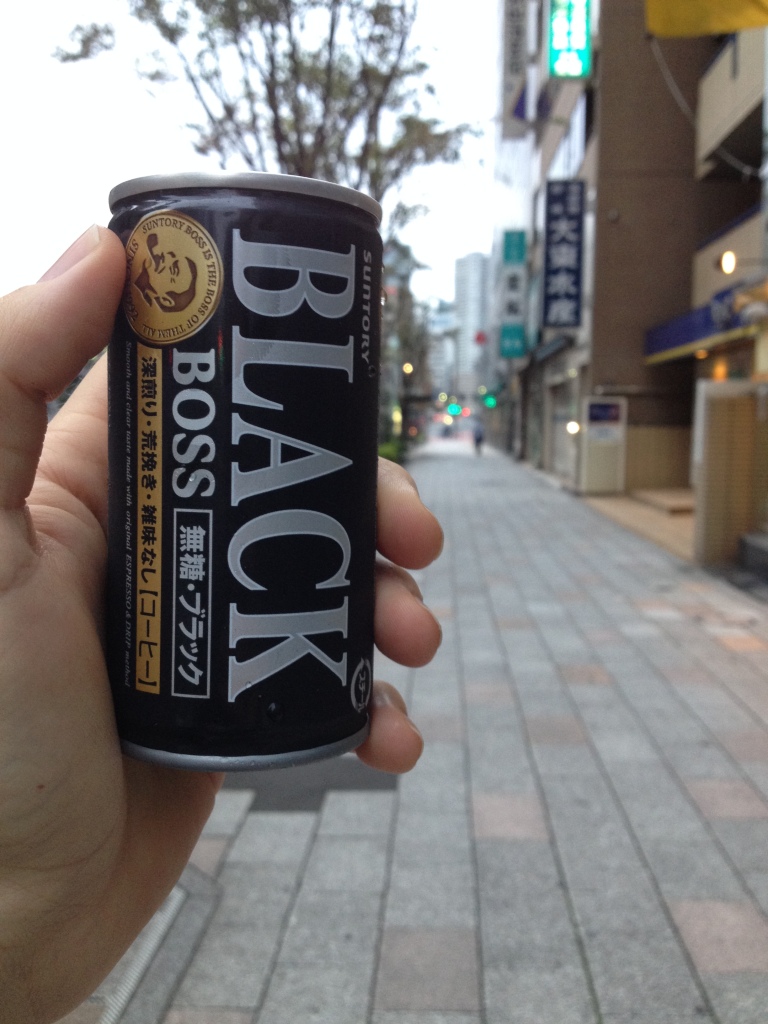 Canned coffee is the greatest Japanese trend that needs to catch on in the states. It is the boss. 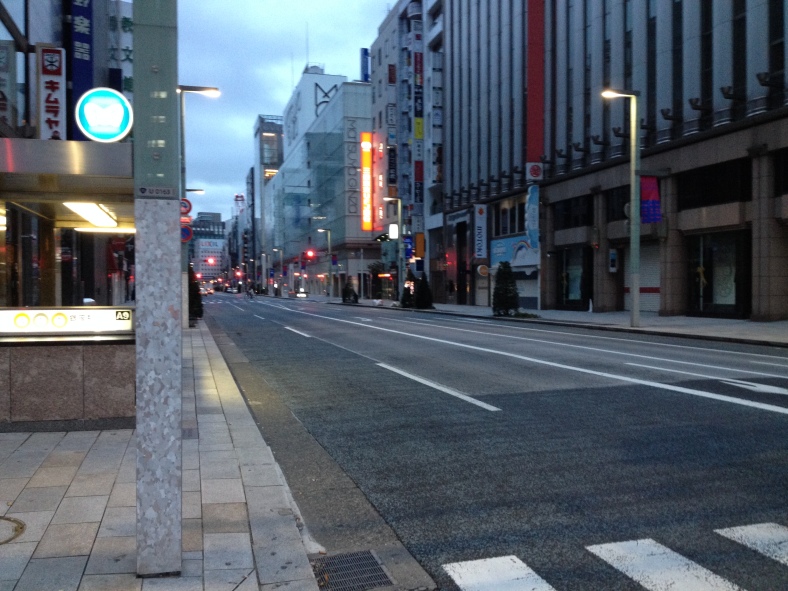 Early morning streets are beautiful in their own way. 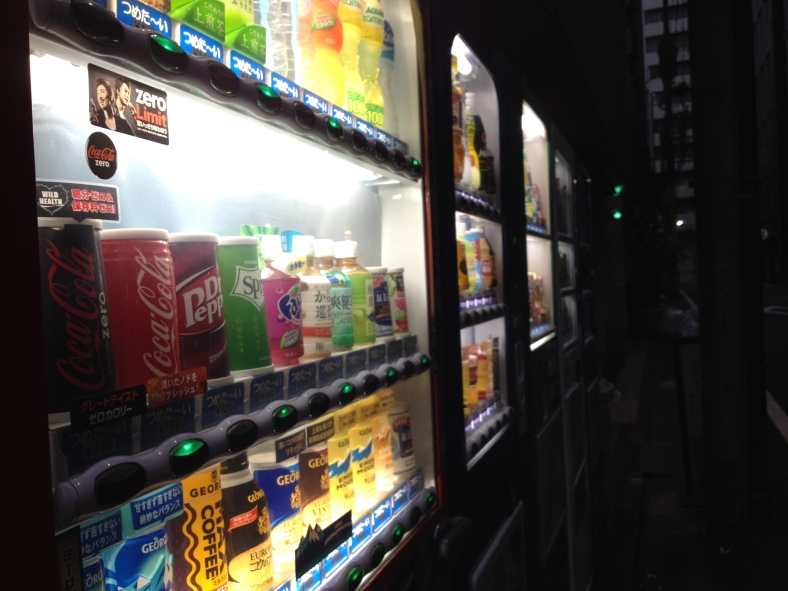 Vending machines in Japan are the coolest. I made it a habit to photograph them as I found them. By the way, Japanese sodas are way less sweet, and consequently less caloric. (but only a little). 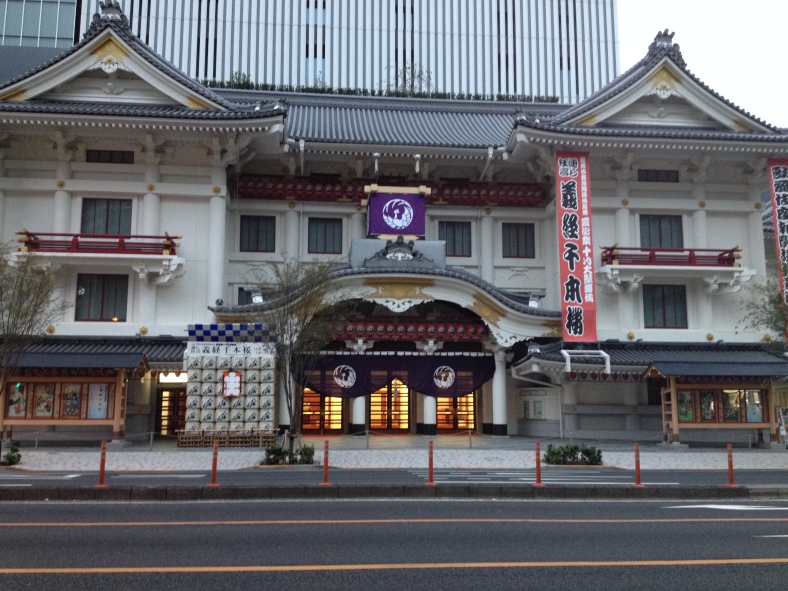 A play house with casks of Sake outside. Not sure why, but heck it (like most of the country) was a visual feast. 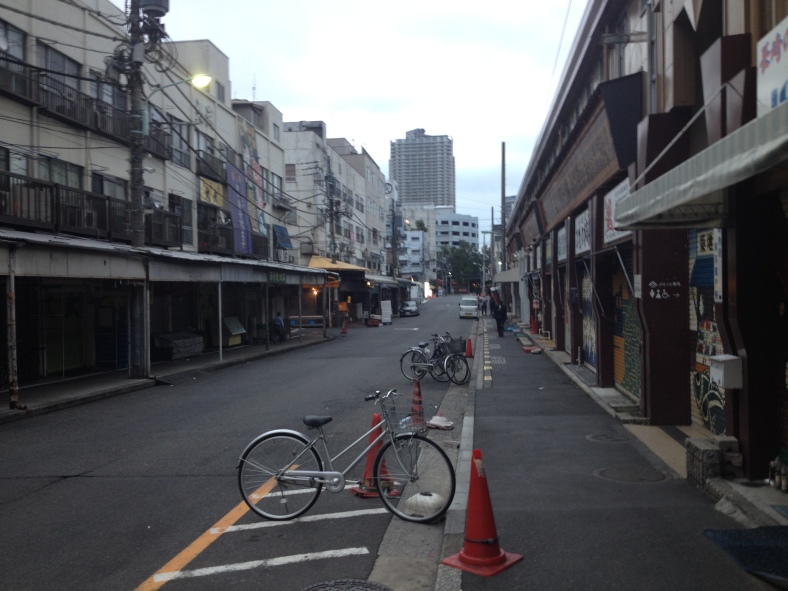 More quiet streets. By the time I came back, these walkways would be filled with vendors.

I don’t want to overload anyone so I think I will continue on my quest for Sushi Breakfast tomorrow!