A little later I reached the Imperial palace which is near Tokyo’s financial district, and is the home of the current Emperor, who like the British Monarchs are figureheads of the country, and not true rulers. Nonetheless, thousands flock to visit the palace during the two days it’s open a year. 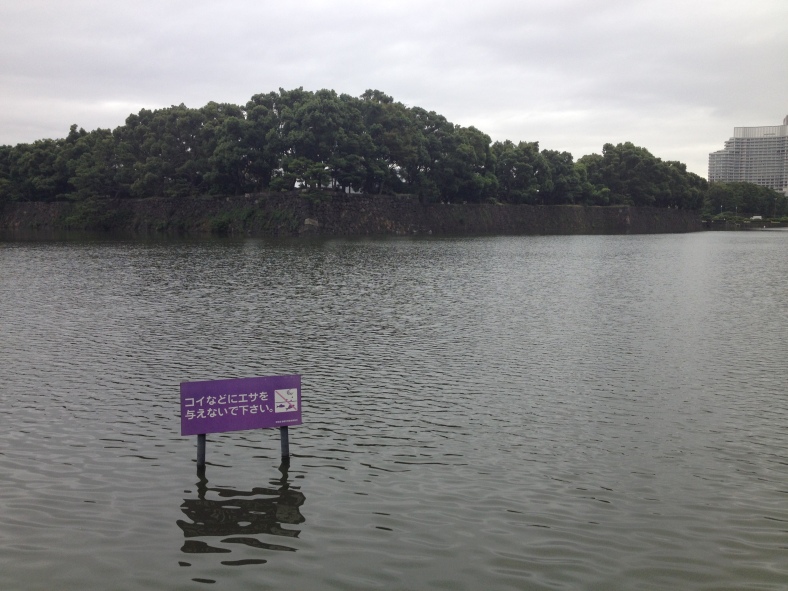 The Imperial Palace has quite the moat around it.  While I don’t know enough Japanese to know the precise definition of the sign, I am getting the whole don’t swim in me vibe.

I don’t know if this tradition carries over, but in European statue making if you are pictured on a horse and it has both legs up you died in battle, if it has one leg up you died from wounds you took in battle, and if your horse has both legs on the ground you were a warrior but didn’t die relating to battle.

The park around the actual palace is quite picturesque.

Behold the mighty gatehouse! This is the main entrance to the Imperial estate. While this small gatehouse is the only visible guard station I wonder how many hidden security features are around. The ground is covered in rough stone gravel, and lend’s an alien vibe to the whole place.

This is as close as you can get as a visitor to the palace during the normal part of the year. 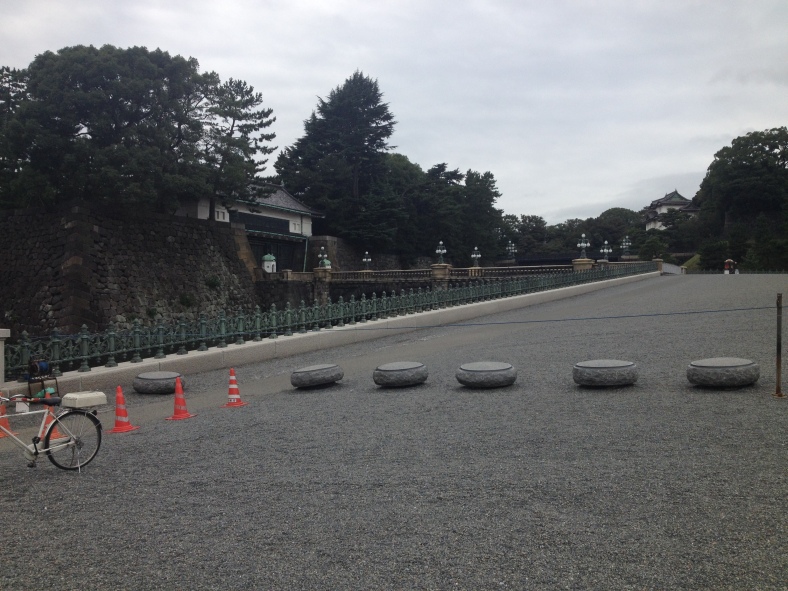 The gravel was for lack of a better word extremely cultivated. There were no patches around that weren’t smoothed out. I wonder if that is someone’s job.

Here is a panoramic view o the area. It is quite empty around the entrance.

Having visited the palace as best, I could I decided to explore the nearby region before I sought my next light rail.

I discovered a rather charming park. Tokyo despite its reputation as a paradise of concrete is actually quite full of vegetation, which along with strict pollution guidelines, might be one of the reasons the air felt so fresh most places.

I decided to leave the park via a different route than I came in and it was with some jubilation that I did. I found the most wonderful little western style house in the middle of the park.

The placard said that it had been a western diplomat’s residence up until WWII. It had somehow survived the war, (I doubt parks were prime targets) and now sits as the park office. A small cafe was nearby, but I didn’t stop. I was eager to scout out the district I’d only dreamed of. I left with my heart set on exploring the legendary Akihabara District, AKA 14year old me’s paradise.