I left for Japan slightly after my 25th birthday. It was a cool morning, and I awoke at 6am packed and ready. I had the sniffles, which I attributed to allergies, and I got a coffee with my parents and sister as we prepared to take on  the traffic to the flyaway. (this was before I discovered the wonder that is Flonase. )

I’d fought my parents on the idea of taking the fly away, it seemed less grand for some reason, but in the end it was much easier than fighting the traffic to LAX.

I awaited the plain in my typical goofball fashion and took far too many selfies.

I didn’t take any photos of the flight as I spent most of it in horrific sinus pain. Protip, changes in atmospheric pressure do not go well with clogged noses.

That being said I was able to watch a few movies, and catch a few ZZZ’s. I chatted with a retired army man who was going back to work on a base, and we exchanged numbers, but unfortunately I was too timid to get back to him, and I had my own agenda.

As I walked through the halls of the airport, it hadn’t quite hit me that I’d left the states. Airplanes are little time machines, you go in and come out a different place, but you can’t really grasp the idea that you have gone anywhere. Travel itself is an odd phenomenon, even local travel. If you break it down to its base levels, it’s all based on trust, you trust that this place isn’t in the states, you trust that the airplane ride wasn’t some big set up.

My brain was hesitant. A dream I had worked to achieve since I was 14 was starting to coalesce into reality. The daze of allergy meds and the cut of jet lag added a certain dreaminess to the process.

Then, I saw this. 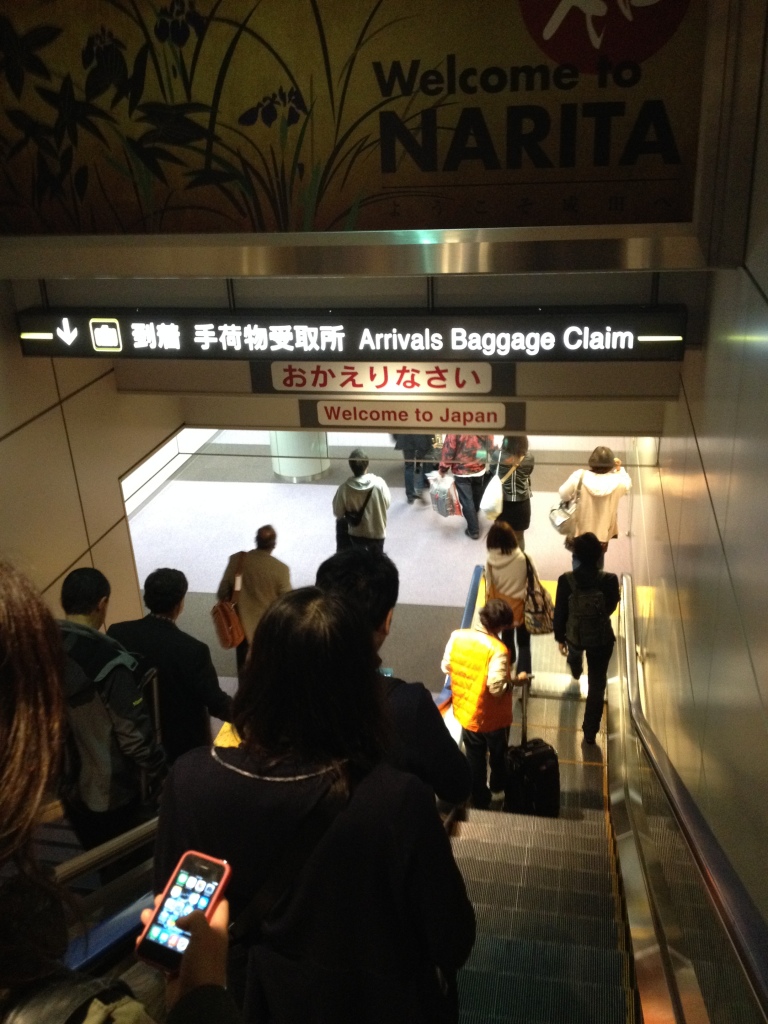 It was then it came together, it was then I shoved my hands up in the air and felt the elation of 11 years in the making. I was there, I was in Japan. So far from my own, I was home.