Not knowing Japanese has its downsides. Like stumbling into the red light district. Luckily, Japan’s red-light districts are not like most places, even the seediest areas are unusually safe. While some might claim this is because of Japan’s naturally low crime rate, others point out Japan’s notorious under-reporting of crimes. The truth lies somewhere in the middle.

But I am getting ahead of myself. I found myself in little America. It’s a section of Osaka that is meant to mirror the United States. It was quite early still so it was mostly empty. That being said a fountain had been vandalized with soap bubbles and the scattered remains of a party were evident in the main square. Being oh so cultured, I bought a Japanese Coke and found it tasted only slightly different, with an emphasis on spice over sweet.

The Fed Ex of Japan! 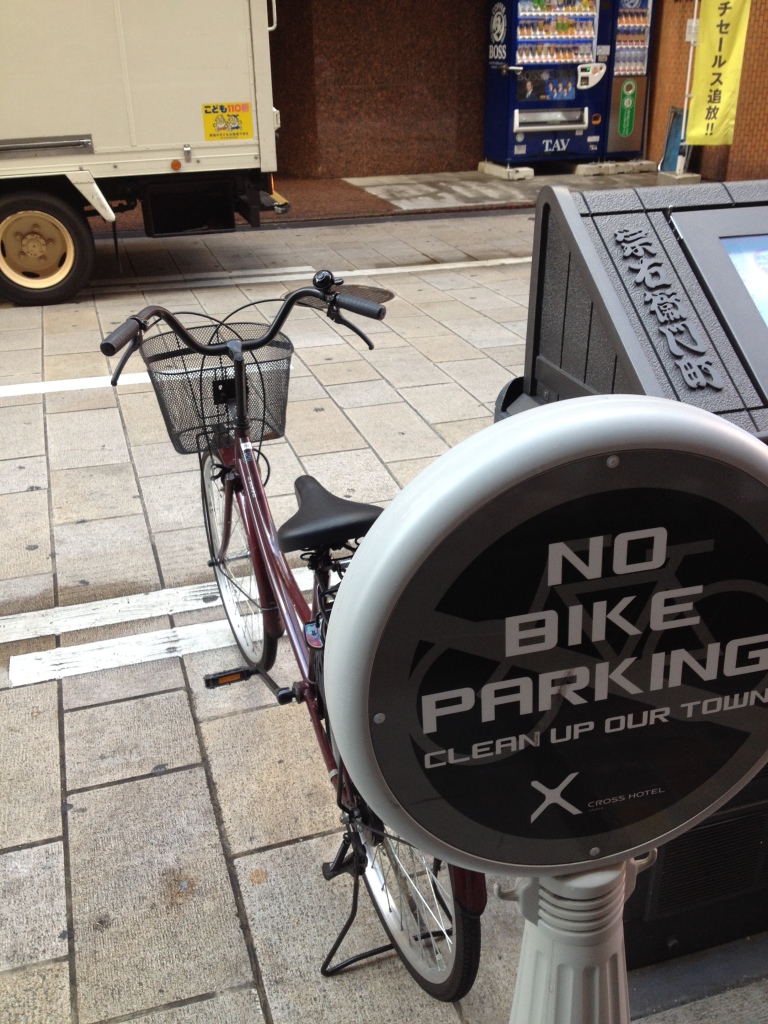 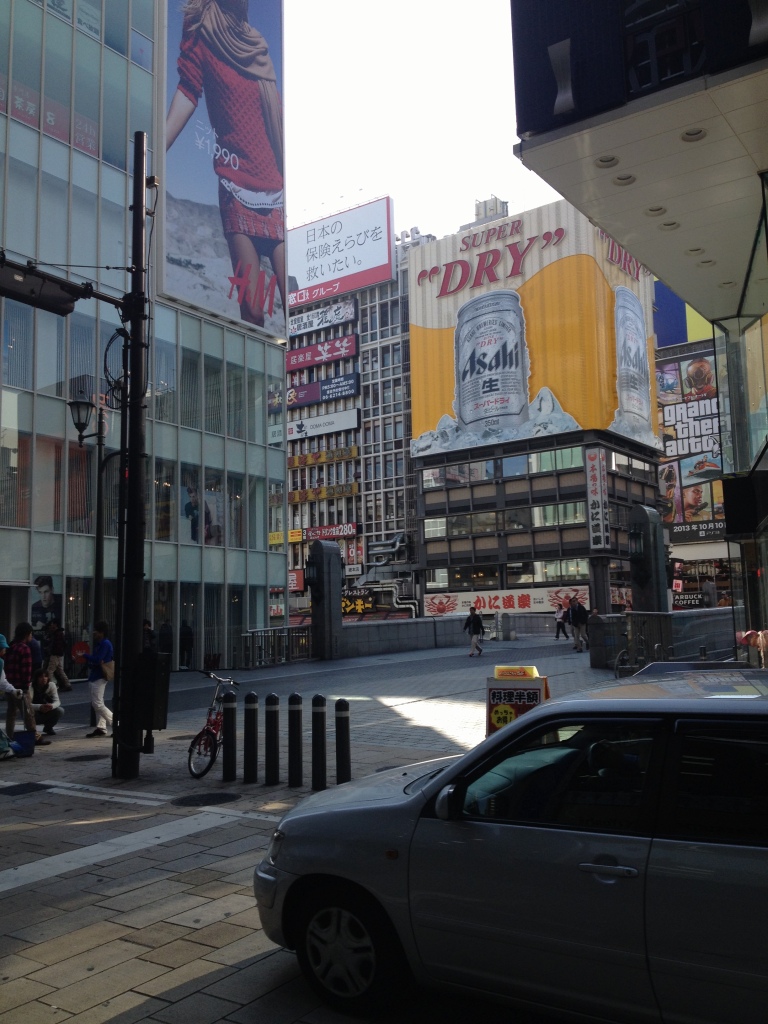 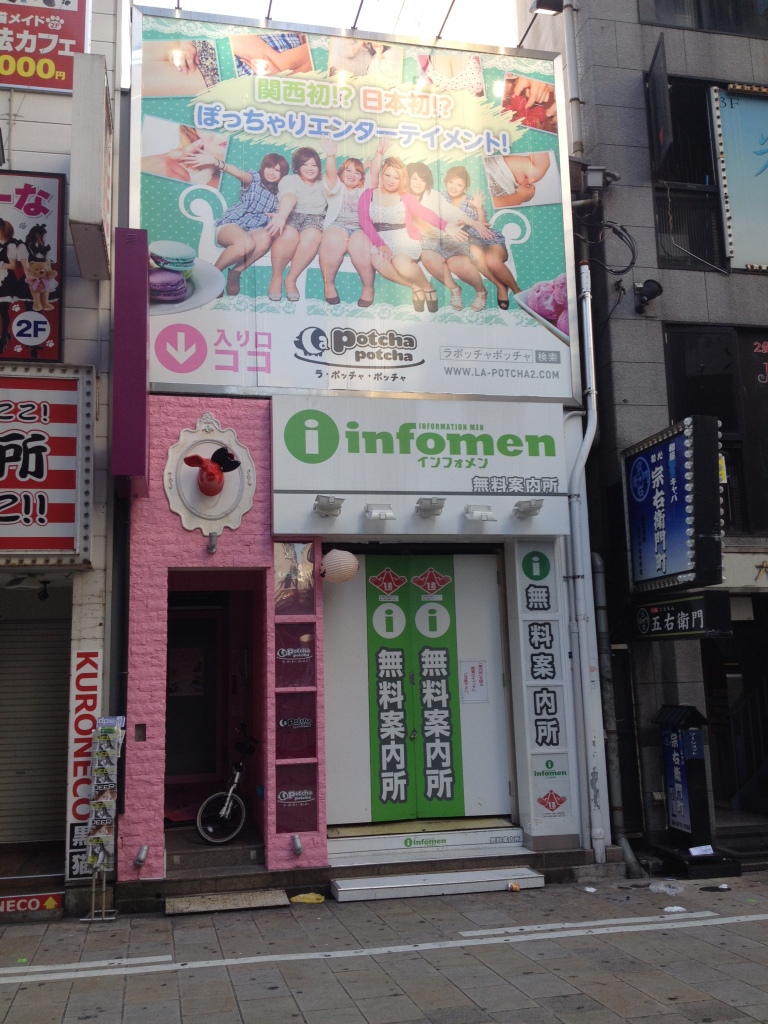 My friend translated this to be literally fat entertainment. It was a brothel dedicated to those who enjoy the company of overweight women though the women on the poster aren’t all that fat in comparison to people from the states. 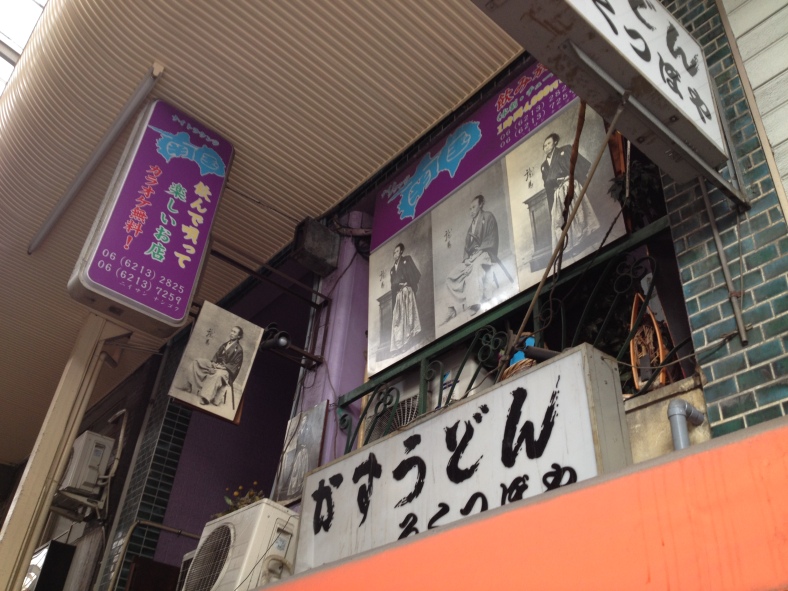 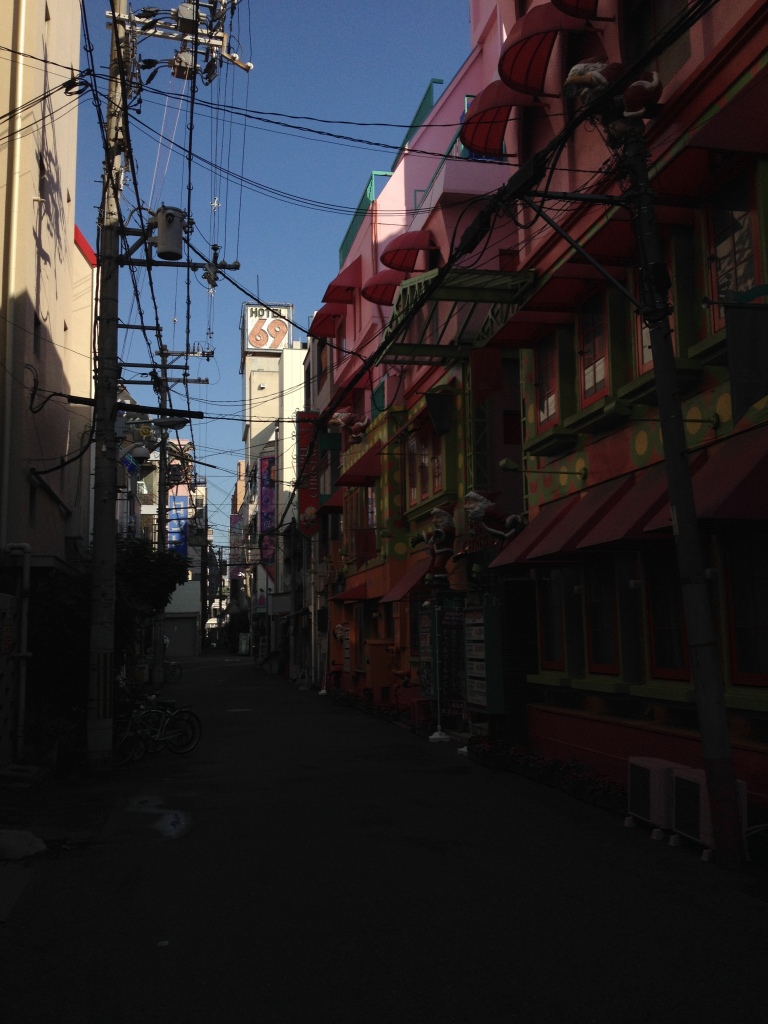 This is a Christmas-themed love hotel. Love hotels are not brothels believe it or not, most of their customers are actually couples who can’t get privacy otherwise. Japanese culture is both lax and strict about sex 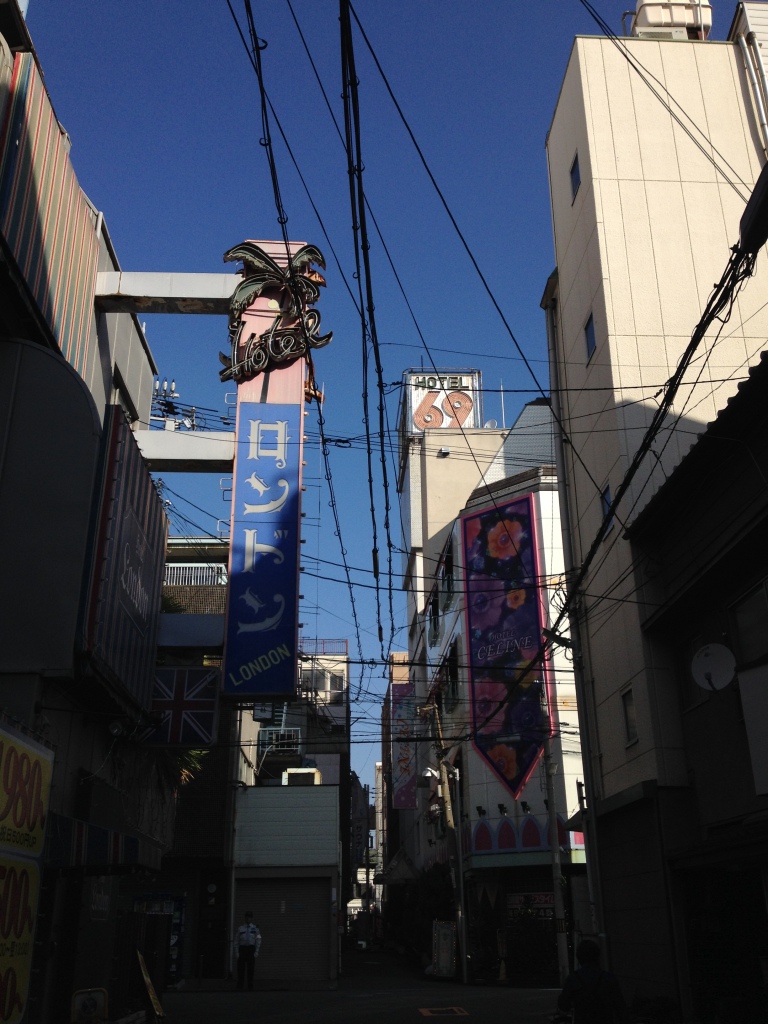 Japan’s or Osaka’s version of a most-wanted poster. I like that the people they caught had little X’s put over them, like some version of criminal bingo. 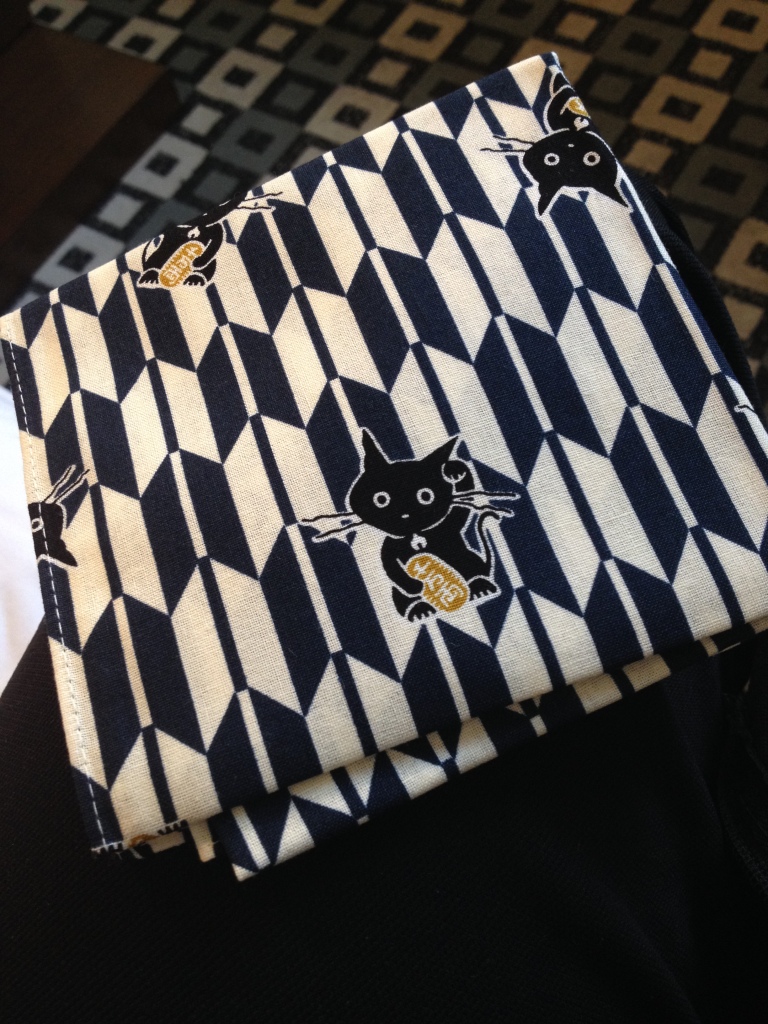 I got  a Japanese handkerchief. These are mostly used to wrap things in order to carry them more easily! 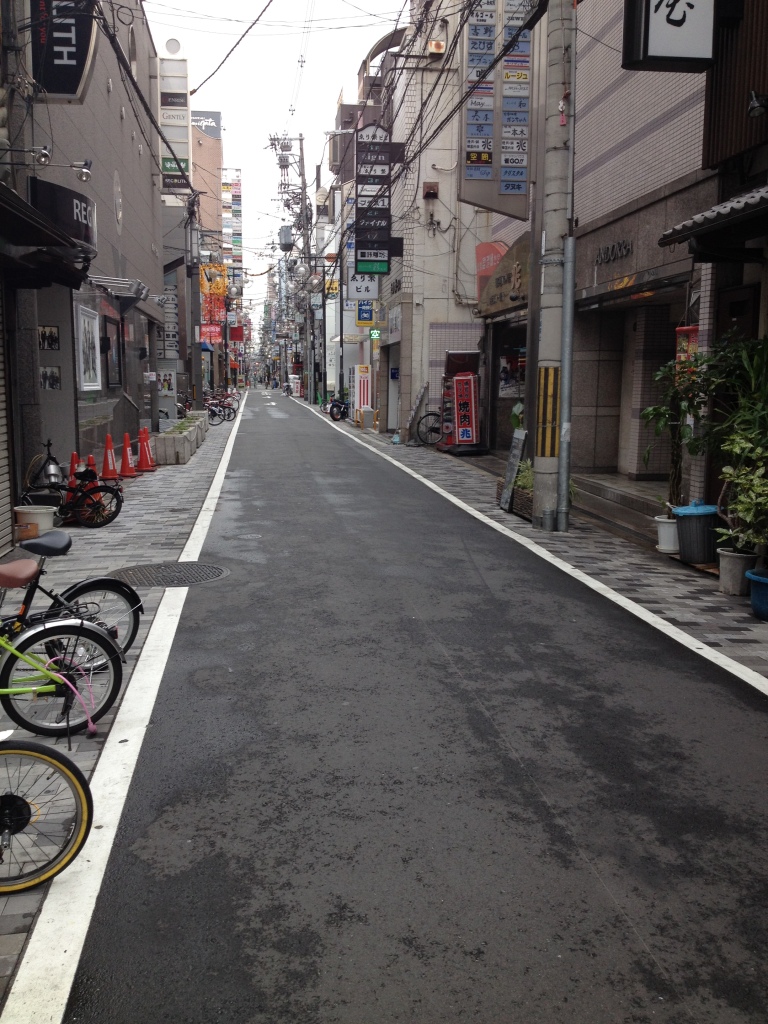 One of my favorite things about japan were all the little shops tucked in places that were completely out of the way. It added to the sense of mysticism. 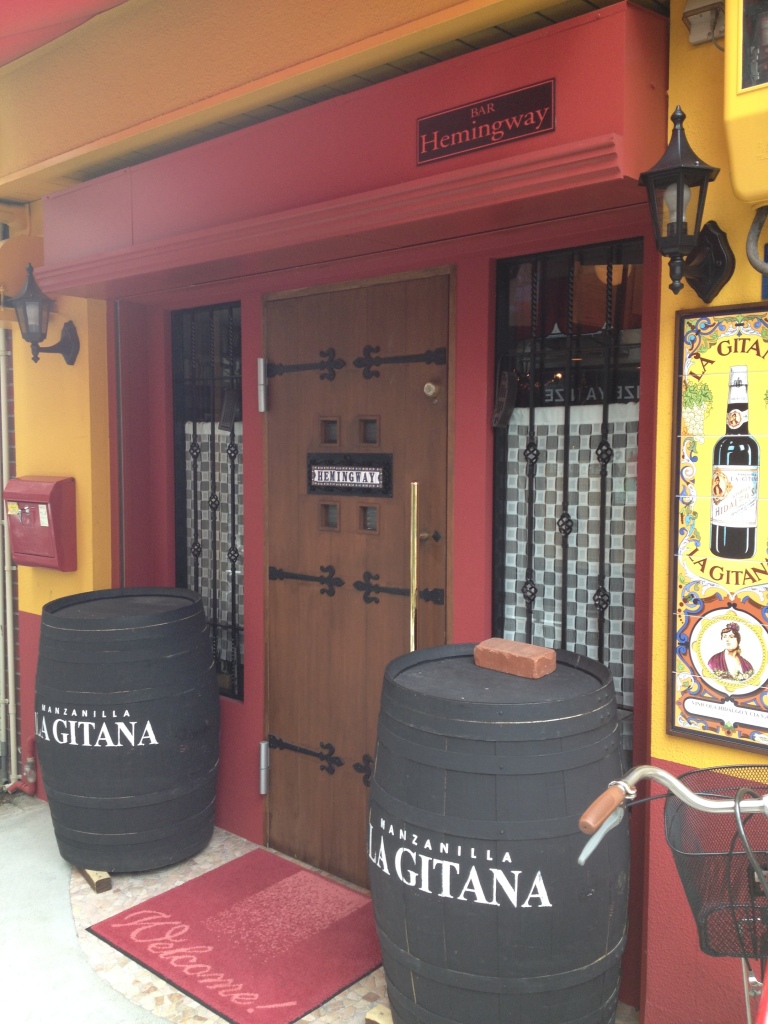 One of Osaka’s famous stand up sushi parlors!

These adorable little fish…these are the deadly delicacy known as Fugu. I refrained from eating any during the trip as A. I didn’t want to die, and B. It was 60-80 dollars for the small edible piece of an otherwise adorable fish.

After a quick foray back to my hotel, I decided to catch a subway train and soak up some of Osaka’s history. More, tomorrow dear reader.